An Intro to Lola Astanova: Queen of the Keys 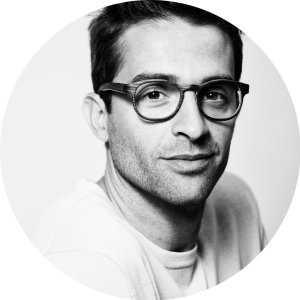 An Intro to Lola Astanova: Queen of the Keys

When you envision the type of artist who performs at Carnegie Hall, who do you imagine? What do they look like? What are they wearing? Now, forget everything you think you know about classical pianist and feast your dry eyes on Lola Astanova.

Breaking the stereotype is an understatement when it comes to this world-renowned female pianist. She has equipped her impressive piano skills with a seductive edge and one very creative twist. The Emmy Award Winner and piano slayer has just released her new single “Elise Was Here” a melodic blend of Ludwig Van Beethoven’s iconic “Für Elise” and EDM. Yes, you heard that right.

Her eyes are set on leading classical music into the 21st century with support from her nearly one million Instagram followers and an audience she’s garnered through her majestic YouTube performances. Astanova signed with Sony Music Entertainment in 2019, a move that seems to have allowed her to be herself and explore new creative musical avenues. Fans are well nurtured by Astanova and look be reveling in her classical pop music piano covers of Queen’s “We Are The Champions” and Rihanna’s “Please Don’t Stop the Music.”

Astanova’s latest worldwide release “Elise Was Here” is the EDM, classical music crossover the world didn’t know it needed. Who knows, perhaps Astanova is pioneering a genre of music both you and your parents will enjoy. According to Astanova, this is where “Tradition gets twisted, and classical becomes cool again.”

“Elise Was Here” by Lola Astanova is available for download on all major music platforms, you’re welcome.

If classical music ever did die (it didn’t), Lola Astanova would be the one that brings it back to life. And you can bet on one thing, she’ll do it with fabulous style and grace.

Astanova has made multiple fashion statements at galas and events over the years and has even said that she prefers to perform in high heels over flats.

Born in present-day Uzbekistan, Astanova entered the V. Uspensky Specialized School of Music for Gifted Children at the age of six where she started playing the piano. She then began touring as a concert pianist at the age of eight. Fast forward to 2012 when Astanova made her Carnegie Hall debut at a special Tribute to Vladimir Horowitz gala concert chaired by Donald Trump and hosted by Academy Award winner Julie Andrews. Since then, she has certainly left her impact on the entertainment industry. Lola developed her piano skills under the guidance of renowned piano professor Tamara Popovich, professor Mark Rusak, and Lev Naumov of the Moscow Conservatory.

Astanova has received praise from Grammy-nominated pianist and producer Vincent Corver, leaving “Incredible is just an understatement” on one of her Instagram posts  featuring her latest music video of “The Muse (Clair de lune).” The music video has almost 1 million views on YouTube. She’s received praise from high places with fans like legendary composer David Foster, EDM DJ Benny Benassi, Steve Aoki, and Brian May from Queen. Most recently, her “Heal The World” tribute was featured on Michael Jackson’s official Instagram and Facebook accounts.

Did we mention that she is Novak Djokovic’s piano teacher?

For Astanova, her new single “Elise Was Here” marks the evolution of her as an artist. It is the next step in her musical journey as she takes her perfected skills and outgoing personality outside the realm of standard classical music. Lola remarks, “This track is the first of several that will be featured in my new live show, and I hope that both classical/crossover and electronic music fans will be excited to take this journey with me.”

Astanova has dropped hints at a possible new live show rumored to debut later this year. A showcase of her master piano skills and musical stylings boosted by the use of mesmeric visuals and electronic production. There’s no doubt that this will be a big year for her.

I leave you with this treat, Lola Astanova performs “The Song about the Far Homeland” by Tariverdiev Mikael, Seventeen Moments of Spring.

This article was written specifically for Inscriber Magazine by Ian Monroe.

“Elise Was Here” is available for download on all major platforms.

Sharing is the best way to show your support!